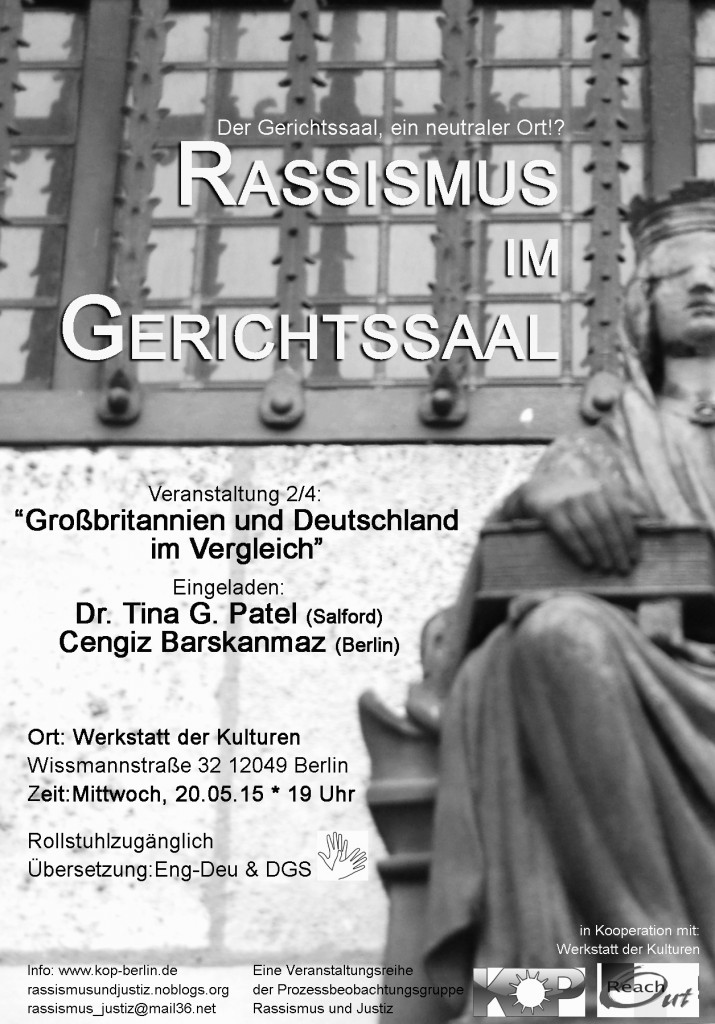 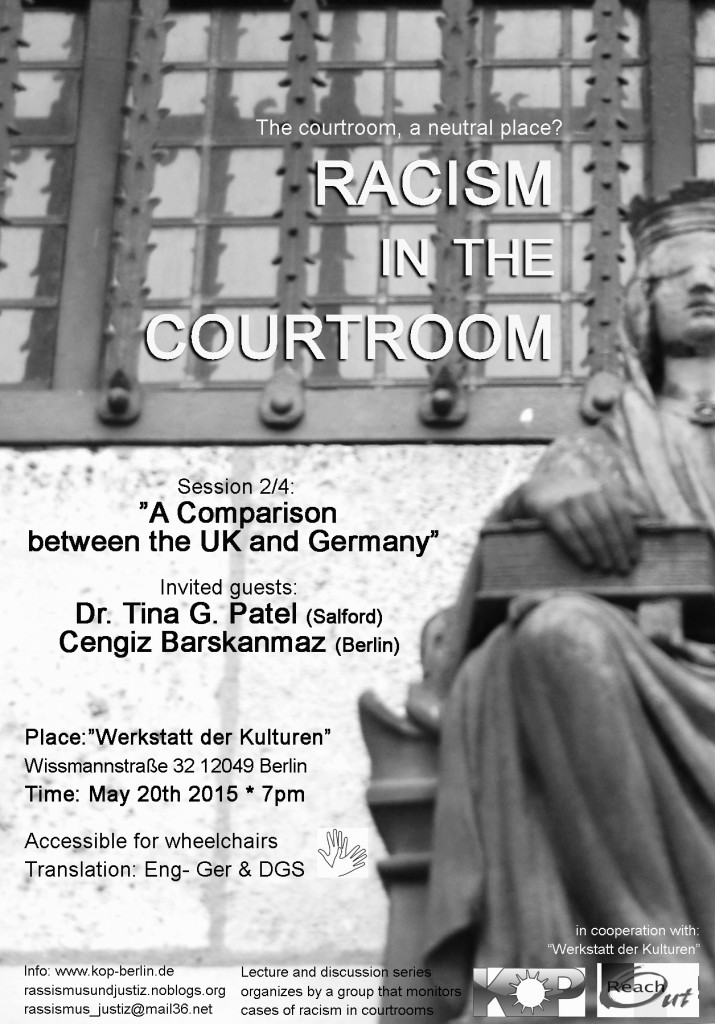 Public Lecture Series: Racism in the courtroom
Session 2 of 4: ”A Comparison between the UK and Germany”

The aim of the series of lectures “racism in the courtroom” is to open up a space to criticise racism as an everyday phenomenon in the criminal justice system. Even though it is increasingly acknowledged, that racism can be found at many levels of society, the judiciary usually remains untouched. In the UK the ground breaking Macpherson report/Stephen Lawrence Inquiry triggered a debate on institutional racism (including in the criminal justice system), which helped get the problem officially recognized. This second lecture will focus on a comparison between how the subject is dealt with in the UK and Germany. In this way strategies can be developed as how to bring this topic into public debate, how to sensitise the players in the criminal justice system and how to encourage the academic community to further the discussion in their research and teaching programme

The event is organised by a group that monitors racism in the judiciary (Prozessbeobachtungsgruppe Rassismus und Justiz). We cooperate with ReachOut (counselling centre for victims of racist, right-wing extremist and anti-Semitic violence) and KOP (campaign for victims of racist police violence) and have regularly been observing trials for about a year, posing the question, what effects racism has on/within the judiciary in Germany.